The server allows to execute commands in a secure way. Indeed, it relies on a secure element in order to verify the signature of any command received before executing it.

The Python code equivalent to the signature process is:

and the verification process is equivalent to:

However, only two commands (ls -la flag.txt and cat flag.txt) are available. Moreover, it has been noticed that the server server presents strange behaviors in some configurations.

Let’s connect to the remote server using Netcat, we are greeted with the following prompt:

Let’s rerun the command with a wrong signature:

The goal is to sign and run cat flag.txt on the remote server.

We notice that at each connection, the signature of the ls -la flag.txt command changes. This means that we have to guess the secret key and sign the command in the same session.

In the following sections we are going to explore how to crash the server, then how to find parameters in which the computation is faulted without crashing. Finally we factorize the faulted RSA \(N\) modulo to recover the secret and sign the cat flag.txt command.

We have control over server frequency \(f\) and voltage \(V\) such as:

Higher processors frequencies will cause more transistors switching per second, which means more current consumption due to switching losses. It also reduces the time window in which processor signals propagate. If the voltage is too low, then the processor may become unstable.

Let’s put the maximum frequency and the minimum voltage:

Oops, the system detected the fault and rebooted. This raises the following question: Are there sets of parameters causing faults without rebooting the server?

Running this Python script, we get:

We run this script another time with \(V\) fixed at 2.65 V. All responses are now giving faulted \(N\) values.

Let’s go back to the given sign and verif functions:

We recognize the RSA signature and verification scheme using SHA256 hash function. \(m\) is signed using the secret \(d\). The moduli \(N\), and \(e\) are public.

“Using Fault Injection to weaken RSA public key verification” by Ivo van der Elzen explains in section 4 how to attack faulted \(N\) moduli. We are going to implement this attack.

After some CTRL-C and a bit of wait, we get the flag and a reference to the CLKSCREW paper:

During this challenge, I learned: 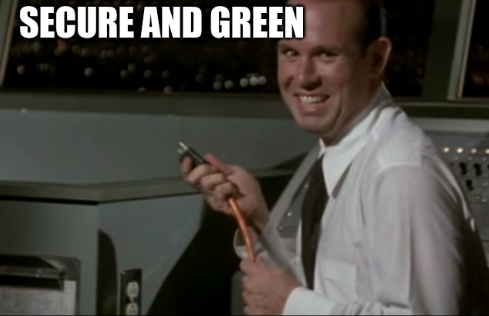